It is with great regret that I am sending out this message to our members. It marks the passing on Sunday 28th July, of David Simpson, a past Director and founding member of the Oxford (UK) Chapter.

David helped to form our Chapter back in 2003 when the regular meeting place was the same as now. Since then we have gone full circle via many venues. He became our second Director in 2005 before passing on the mantle in 2007.

He was a great conversationalist and a mine of information on all subjects, especially aviation as that was his career background. He was a decorated RAF flight crew member and as a retired senior officer, he willingly backed any charity or event in support of our armed forces.

Some of you may know him as our flag bearer at the RTTW event, always on his silver anniversary special Road King.

On one of our European rides, David laid a wreath at the Menin Gate in Ypres in honour of the fallen allies.

The Jake Spicer hospital run was also one of his passions. David always flew the dedicated Jake Spicer flag on those occasions. While Jake was still with us David had taken Jake under his wing and given him a great deal of support, often with the help of the Chapter.

David moved to Lincoln in 2010 so those of you who have joined the Chapter since then may not know him at all. Be assured that David’s passing will be remembered by those that knew him – a passionate man, a friend, a man of the forces, a Harley rider and most of all, a member of our Chapter.

Thank you to our members for sharing their special photos of David. Please click here to be taken to our dedicated photo album. 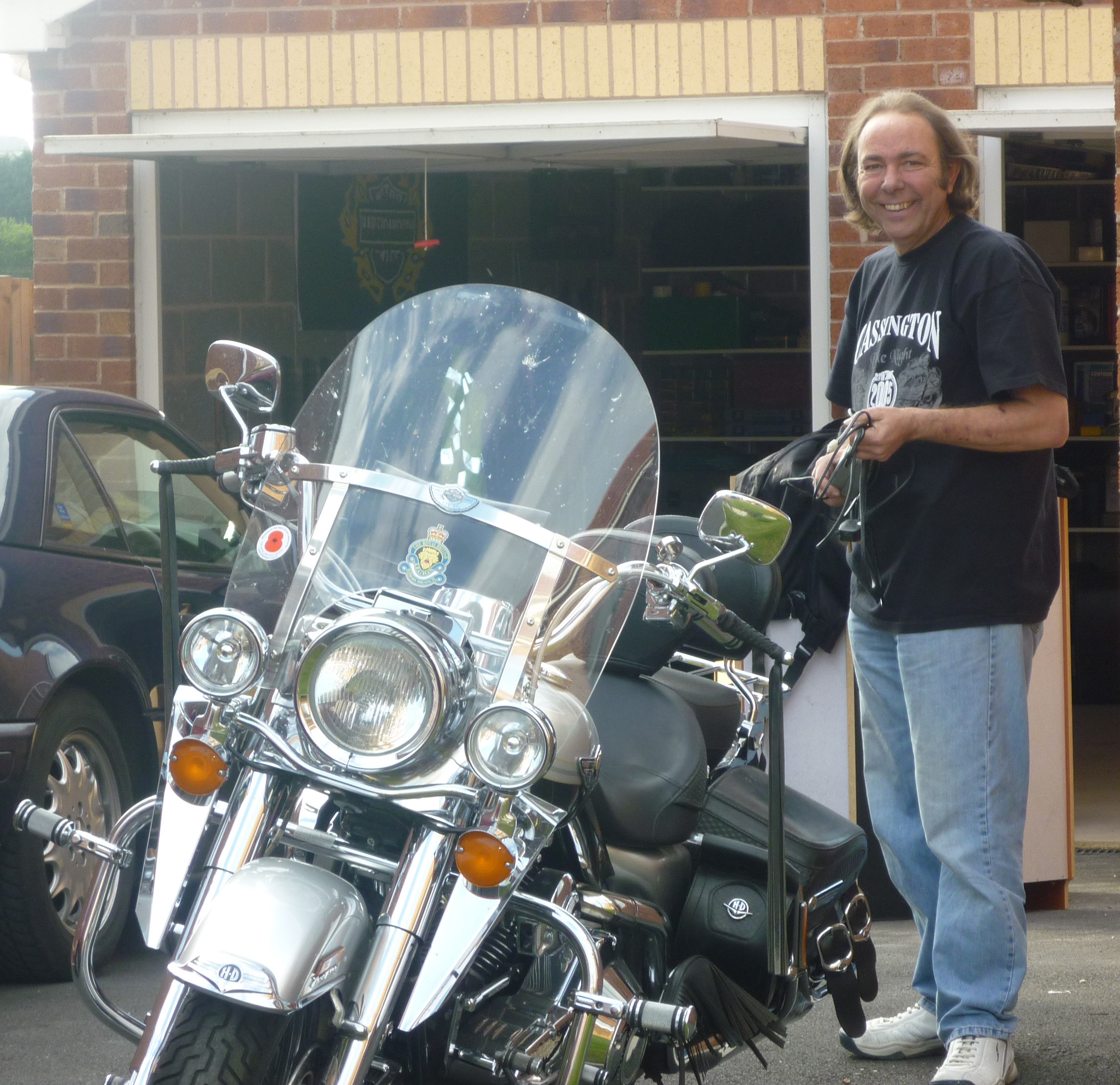